Japanese Genmaicha sencha tea is a specialty style green tea – a high grade of Japan Sencha that is blended with fire-toasted rice. The fresh vegetative character of the green tea is imparted on the cup but it is tempered with the bakey-like character of the rice. There is a natural sweetness and almost chewy character to the finish of this tea. During the firing of the rice, it is not uncommon for rice to ‘pop’ not unlike popcorn, hence the pet name ‘popcorn-tea’. Legend has it that during the 1400’s an important samurai warlord in Hakone on the Izu Peninsula of Honshu Island (the Izu Peninsula is near the Shizuoka area) was having tea in the morning discussing a battle strategy with his patrol leaders. A servant by the name of Genmai was serving hot tea to the group. Leaning over to give tea to the warlord, rice that he had surreptitiously taken for a morning snack fell out of his pocket into the steaming hot tea. Some popped upon hitting the hot tea. The Japanese warlord was incensed, jumped up brandishing his samurai sword he promptly cut off Genmaicha’s head in one fell swoop. He then sat down to continue the meeting. Despite the fact that the tea had been tarnished he drank it anyway. The flavor was very unique and he enjoyed it tremendously. In honor of poor Genmai he pronounced that this rice and tea be served every morning and be called ‘Genmaicha’ (cha being the name of ‘tea’ in Japanese). Very high in Antioxidants, this Japanese sencha takes roasted rice to new levels. 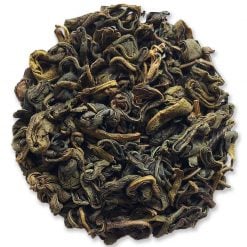 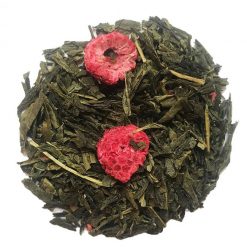 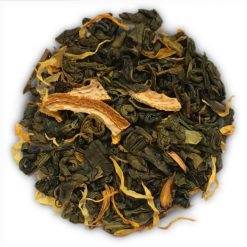 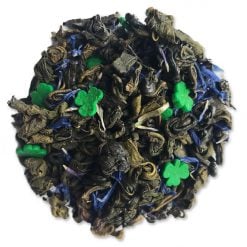