Read all about it…. Berry Merlot’s historical and current significance in today’s world of tea!

Merlot has long been one of the world’s best loved wine varietals. The grape gets its name from an old Occitan word meaning “young blackbird”, in reference to the grape’s dark blue color. But. While Merlot is often noted for its smooth character, its recent history has been anything but! Let’s we rewind a bit into history…. Grown in France since at least the 1700s, (the grape is first mentioned in the writings of a Bordeaux official in 1784), Merlot enjoyed a favourable position amongst vintners for centuries. In 1965 however, all that would change. That year, France experienced one of the harshest winters in history, including a deep freezing that killed off many of the country’s merlot vines. Naturally, come spring, vineyards began replanting with the hope of reviving their Merlot crop. Sadly, wine tragedy struck again when a widespread ground rot killed off many of its recently replanted vines. As with any serious wine problem in France, the government stepped in, issuing a country-wide ban on Merlot planting that remained in place until 1975. Quelle horreur!

Thankfully, France’s Merlot crop has remained relatively unscathed since that year. In celebration of this noble grape, its been decided to develop a new tea blend! And so it started with a luxury grade black tea, then adding dried elderberries, raisins and hibiscus to create Berry Merlot!

FIGHTS HARMFUL BACTERIA – Elderberries have been found to inhibit the growth of bacteria and may improve symptoms of sinusitis and bronchitis.

ANTIVIRAL COLD AND FLU PROPERTIES – Studies show that compounds from elderberries can directly inhibit the virus’s entry and replication in human cells, and can help strengthen a person’s immune response to the virus.

La Voilà – Berry Merlot – a well balanced and a super good for your cup of tea! 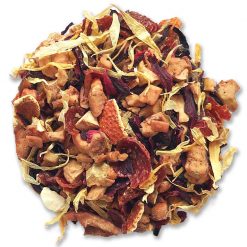 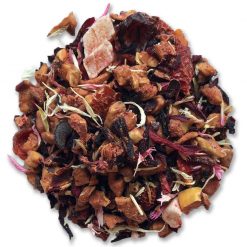 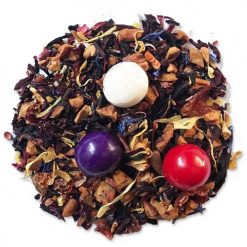 Who wants Bubblegum? That’s a question to which you’ll never hear a negative response. Unless you happen to live in Singapore where chewing gum of all sorts has been banned since 1992. (Potential customers in Singapore, we’re lobbying right now to have the ban removed!) Bubblegum, the most awesome member of the gum family was [...] 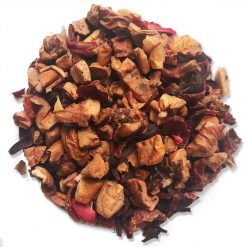 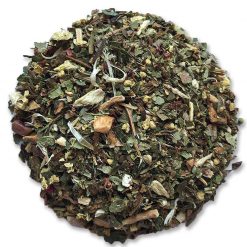 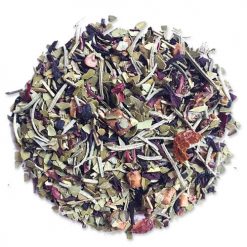 Lovely fruit notes take the edge of 'Wide-Eye-Mate' and finishes with a hint of Provence rosemary. Straight A's! 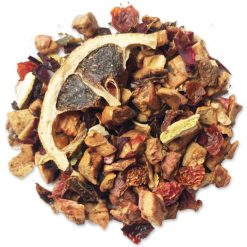 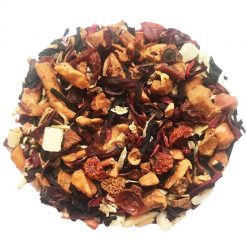