Almond rocker. Is this to say that almonds are now a symbol of the spirit of rock and roll? Maybe. Almonds have certainly symbolized many different things to many different people over the years. For the ancient Hebrews they represented hope and promise due to their early spring flowering. In some parts of ancient China the nut was considered a symbol of mourning and enduring sadness while elsewhere in the country it was thought to represent female beauty. In ancient India almonds symbolized deep wisdom, while the Romans believed them to be a potent fertility charm. Even today throughout much of Europe almonds symbolize good luck and are often given as gifts. So could they be a symbol of Rock and Roll? Sure. In fact our sources tell us that certain members of the Rolling Stones demand that almonds be placed in their hotel rooms or they won’t go on stage – believe it or not. With all this talk of symbolism you’re probably wondering what Almond Rocker Rooibos herbal tea symbolizes. It’s quite simple: mellowness and subtle nutty flavor. The cup is exceptionally fresh with tongue pleasing herbal notes balanced by the slightly bitter profile of almond. Served steaming hot or poured over a tall glass of ice, this is one tea that is sure to get your motor running! 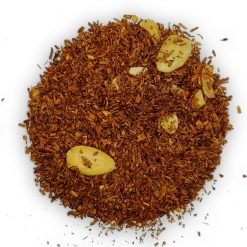 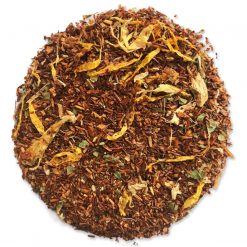 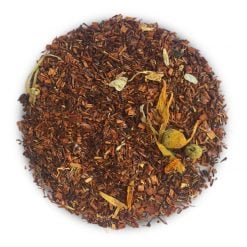 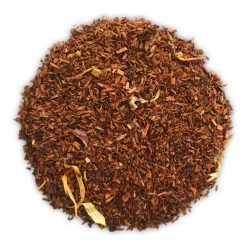 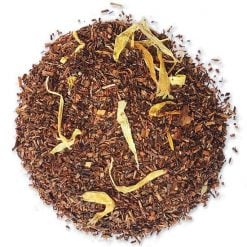